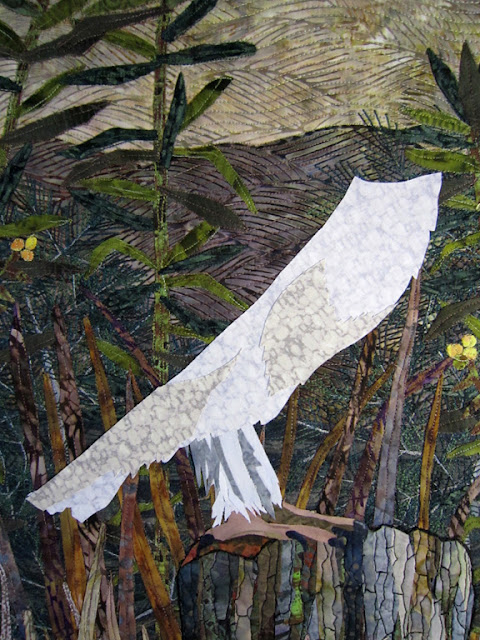 Barn Owl has begun.  Not as far along as I had hoped for but I find as long as you start you can continue on easier even when you only have small bits of time.  I am pretty happy with how he will contrast with the background.

Took Watson and Zoey to the vets today.  Watson was due for his rabies and distemper and Zoey too so we took care of that but found out Watson has tarter on his teeth that has caused his gums to be red.  So he will go back in a month and be put under so they can clean his teeth and extract any that might be bad.  He is only three....we were shocked by that.  I am crossing my fingers it will only end up being a cleaning.

Zoey on the other hand is good to go and just sassy!   So we knew that already!

Then we stopped at my mother's after dropping them off at the house, for a short visit.  She had to fix us a sandwich so we ended up staying a while.  That is okay though.  She is so housebound in the winter months she really appreciates a diversion.  There were turkeys walking around the house and it was fun to watch them make their way to the bird feeders.

I was playing with photoshop and some seagull photos, but can't get a good look that i can print and quilt. I think I do better when I print out the actual photo and then sketch out what I want on it, not that my finished product will be anything but folk art, but I can pretend I know what i am doing, lol.