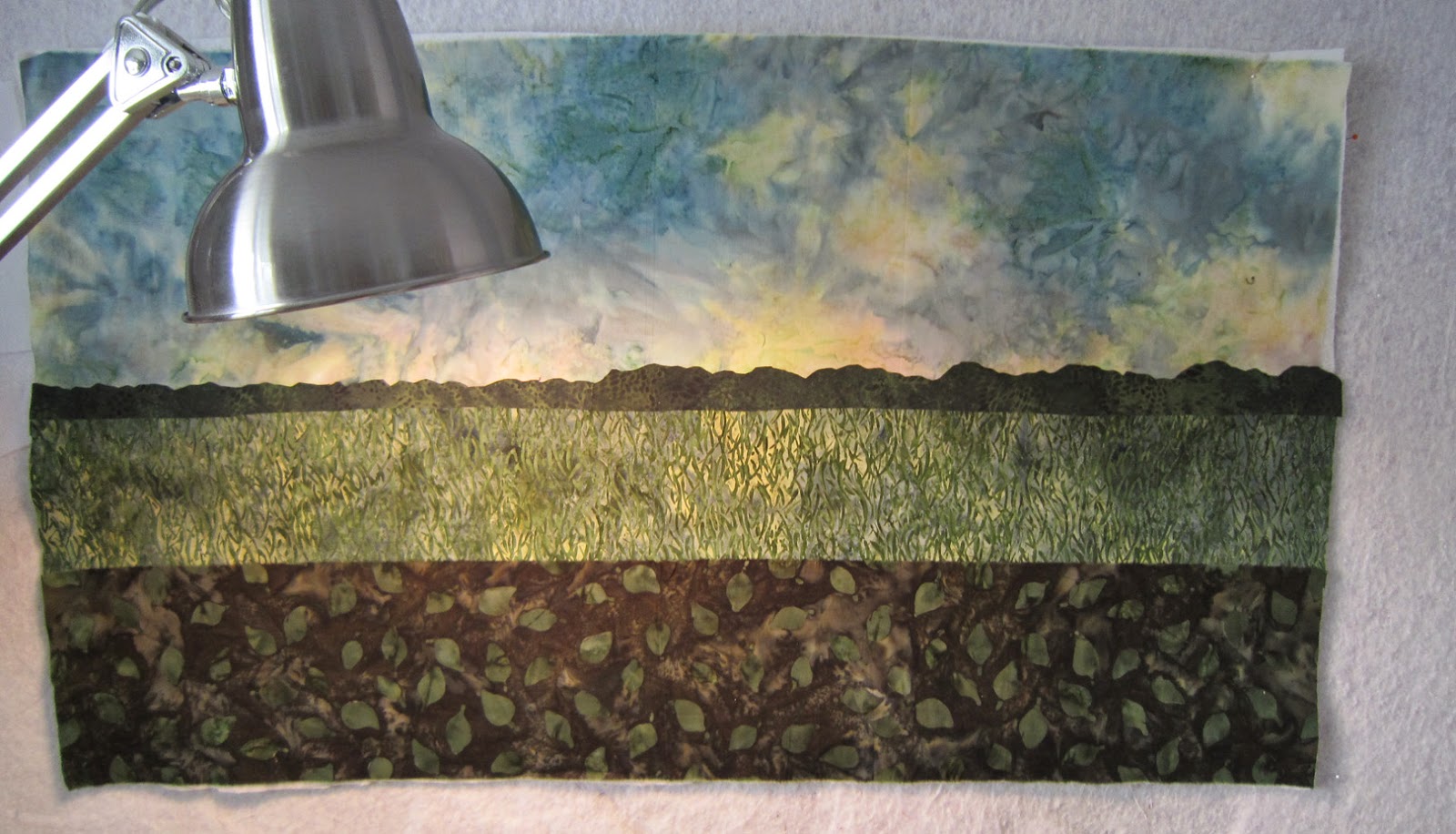 It was difficult beginning anew.  It has been a difficult road we have been on ...but my husband is doing fairly well...baby steps towards full recovery...but getting there.  He suffered a second heart attack after having attempted to put in two stents.  He is home for a week now and doing better each day thanks partly to all of your well wishes and prayers.

So today is the first day in the studio.....and it was a difficult start.  However, I read my little saying that I keep in here for just this reason.  It says "Feeling Follows Behavior". 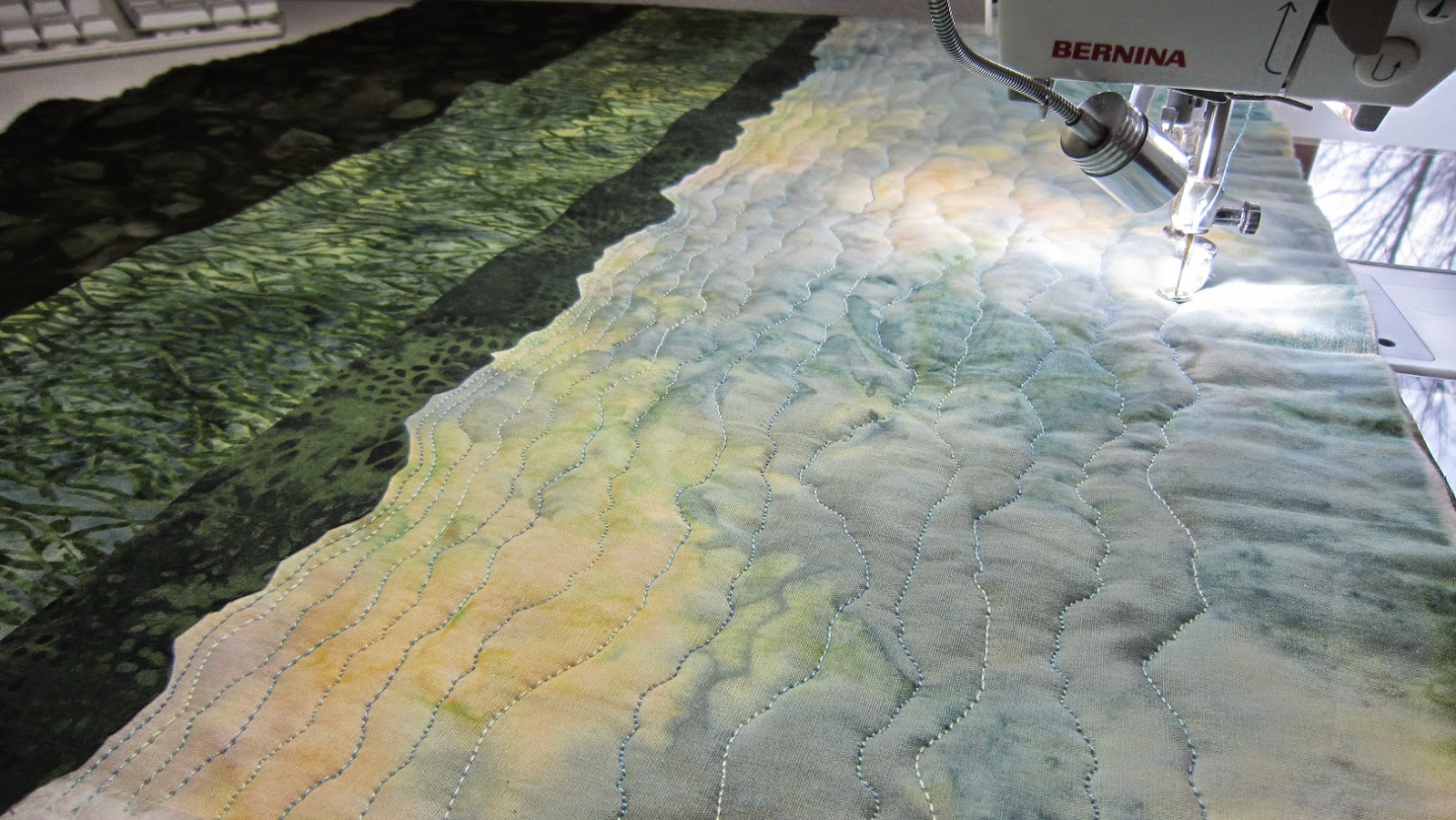 So without any direction I began a background for a landscape.  The longer I worded on it the more ideas began popping into my head and now....I know exactly where I am going.
Posted by Barbara Strobel Lardon at 4:31 PM

I am glad your husband is home and prayers that his treatment will take and he starts feeling better soon. I know when I am in a slump that if I just sit and start something, it all comes back and I start enjoying myself again and getting new ideas, sometimes we have to push ourselves over that first hump.

God speed with a healthy recovery

I hope that Bob is getting better and better! And you too:)

Getting started is always the tricky part. Good for you for diving right in!