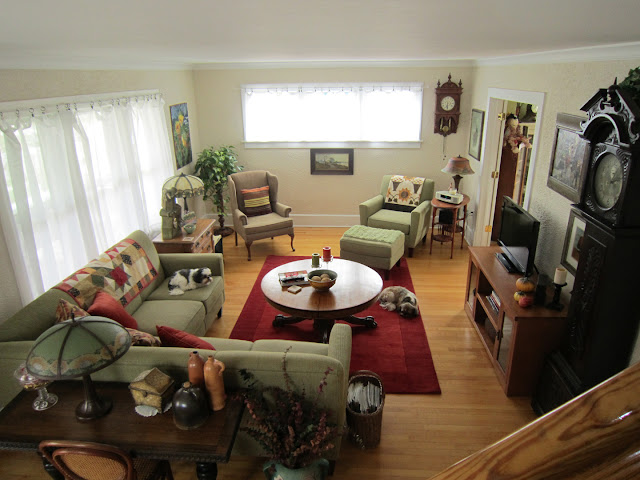 I bought a new rug for my living room today.  It appeared more orange red in the store but when I unwrapped it, it was more red.  I still like it and obviously Ozzie does as he gave up the couch to snooze on it.  Barley on the other hand still enjoys a couch cushion.  We are waiting for our gas fireplace to come in.  It is now over a week late.  It will go between those two chairs and keep the room nice and cozy this winter. 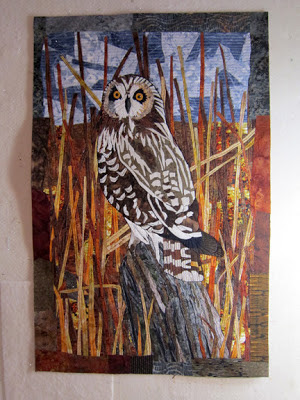 I am quilting feathers again.  I have his face and tail finished and his chest almost finished.  I also put on a border as you can see.  It is fun to work on him as he stared you down under the needle!
Posted by Barbara Strobel Lardon at 3:31 PM

The rug looks great, the owl looks fabulous! And the gas stove will be so nice in winter.

That owl is out of this world! You really are good doing birds.

I like your new colors, gives the room a warm and cozy feel. And I love your new additions, the border really frames it nicely by carrying out the feel of the marsh.

Love the rug and LOVE the border!