A Visit With a Sparrow Hawk 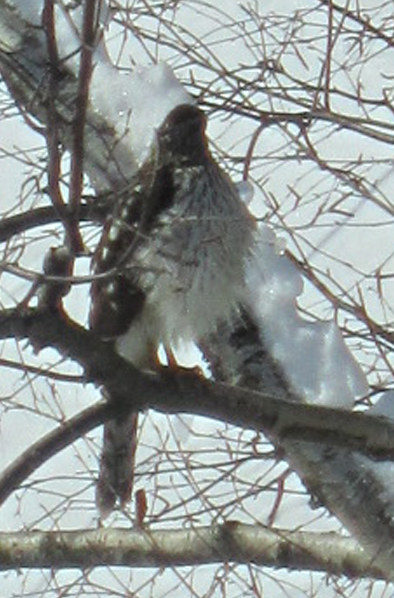 I was up in my studio working on a quilt when a Sparrow Hawk landed on the branch right by my window.  I did not dare move as I knew he would fly away if I did.  It was amazing being only 3 feet away from him.  He watched me as I watched him for several minutes.  Then he gazed out and must have been attracted to something and flew to our birch tree in the back of the house.  I ran for my camera and went into the guest room and got these shots of him. 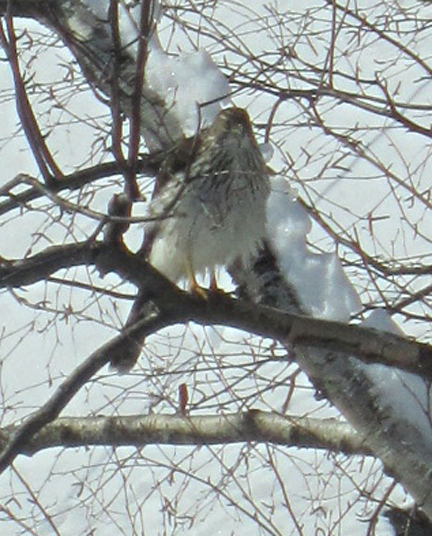 I thought he posed for me for a moment in this shot but then he began grooming himself.
Our bird feeders are right below him on the side of some hemlock trees where our birds like to hide. 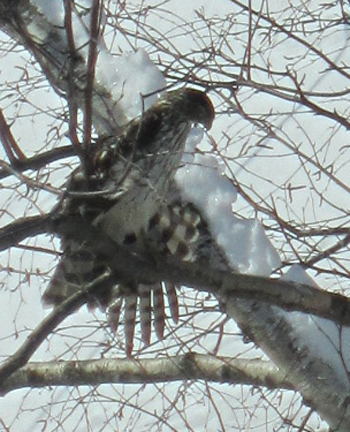 He stretched his wings and still remained on the branch. 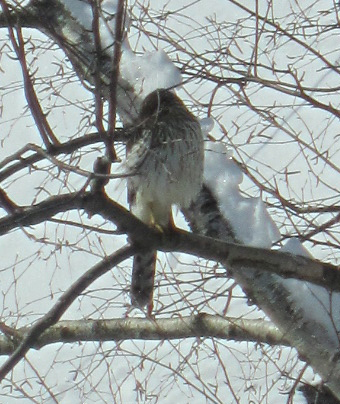 The he saw something.  He cocked his head and looked around for a while. 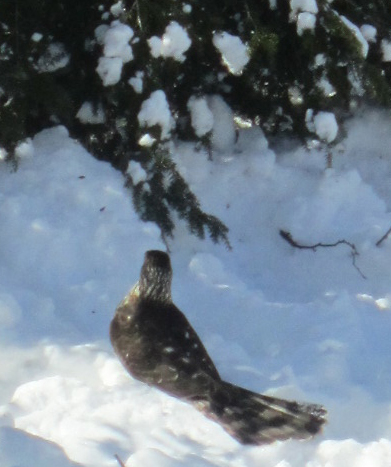 Then he flew down and bombarded the hemlock tree crashing into it.  It appears he missed as I saw nothing in his claws or beak.

This is the second visit I have had from him on my branch.  I feel honored to experience nature's intimate moments, especially since I live in the city.
Posted by Barbara Strobel Lardon at 11:35 AM

How wonderful to have him come so close. I think we learn to appreciate the little things as we get older and I love just sitting and watching the birds.